How do Anti-Scraping Protections Work and get bypassed? 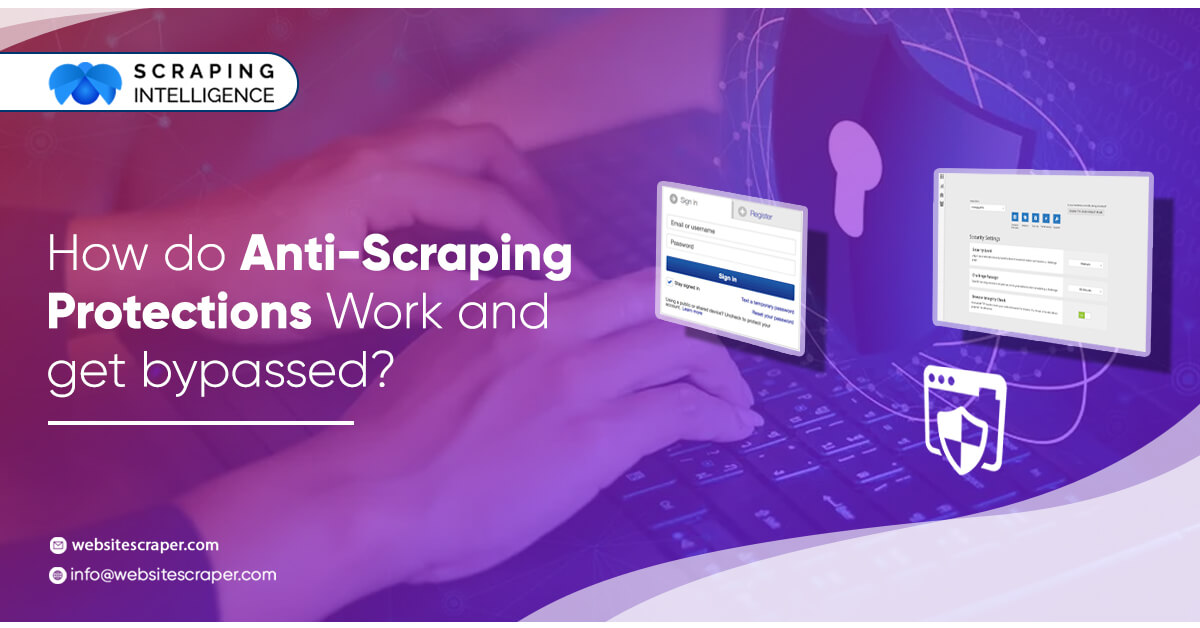 The internet plays an important role in human knowledge. The active internet users accounted for 4.66 billion at the beginning of 2021 out of 59.5% of the global population.

Browsing web and fetching data is important part of our lives and doing this manually becomes time and energy consuming activity.

The BOTs solves this problem and automates most of our tasks that boosts the productivity. All BOTs are not made equal, so website defenses block malicious BOTS. Hence, they can be controversial despite many benefits.

Here, we will focus on methods that can be used to bypass the Problems and makes data extracting easy without being blocked.

BOTs already make up a considerable portion of the traffic on the internet.

Good BOTs avoid performing useful tasks that does not harm the user’s experience for example site monitoring BOTs, Chatbot’s, Search engine bots, and others are examples of good BOTs.

Furthermore, good BOTs will stick to the restrictions provided in the robots.txt file, which is a set of guidelines for BOTs visiting the website or application of the host. For example, if a website doesn't want a specific page to appear in a Google search, it can set a rule in robots.txt file, and the Google crawler BOTs will not show that page. However, because the regulations in robots.txt are not "legal" and cannot be enforced, bad BOTs frequently ignore them.

Bad BOTs are not only used to attack target websites and visitors but the ones that are not permitted by owners such as Automation BOTs and web scrapers are labeled as "bad BOTs."

Unfortunately, all malicious BOTs are not designed with good intentions. Bad BOTs in the hands of dishonest people, can be used for unethical and unlawful purposes, such as matching brute force attacks and stealing the personal information of users.

Web scrapers do not harm people despite their reputation as Bad BOTs. Instead, they're frequently utilized for totally lawful tasks like automating procedures that are repetitive and gathering data from the public domain.

Some good BOTs are also banned to access websites as a result of these defensive mechanisms against non-ethical bots, making bot creation more difficult and expensive.

Understanding the detection of BOTs is the prime step in bypassing anti-scraping protections. Several strategies are employed by service providers for detecting BOTs to fetch data to construct statistical models which can identify bots by monitoring behavioral patterns like a non-human. 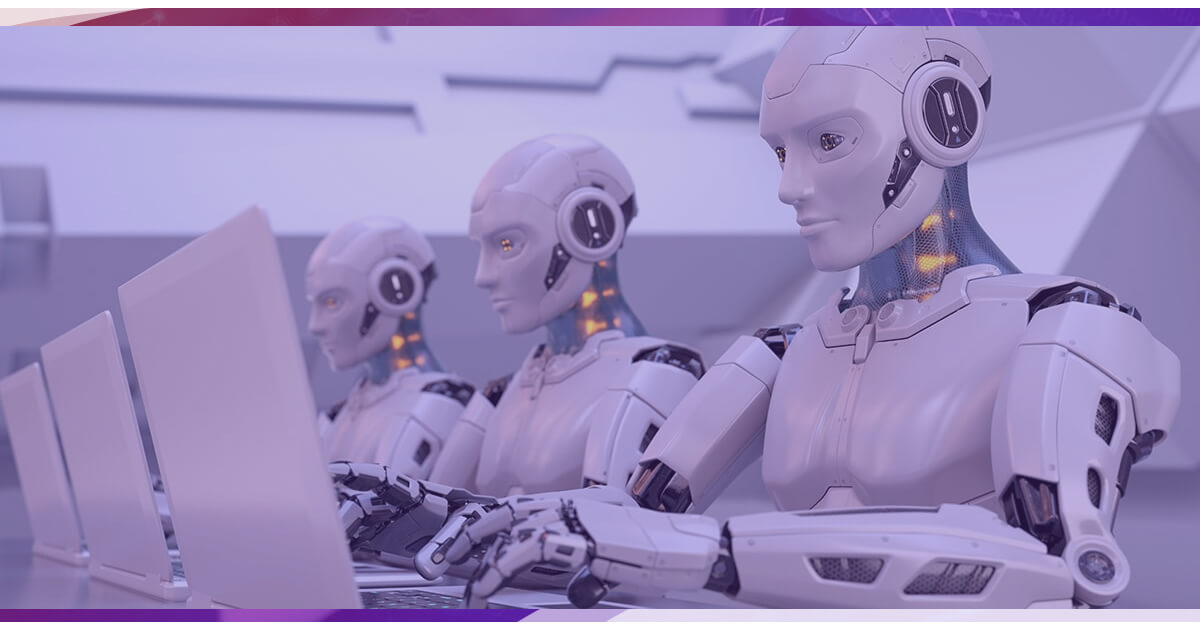 BOTs are capable enough to send a large number of requests in a short time using one IP address. Websites can effortlessly track this unusual behavior and, if the requests exceed a certain threshold, the website will ban the suspect IP address or impose the CAPTCHA test.

The bot-mitigation strategy known as "IP rate restriction" limits the amount of network traffic that a single IP address may generate, decreasing the load on web servers and restricting the activity of potentially harmful bots. This strategy is especially effective in preventing web scraping, brute power attacks, and DDoS attacks. 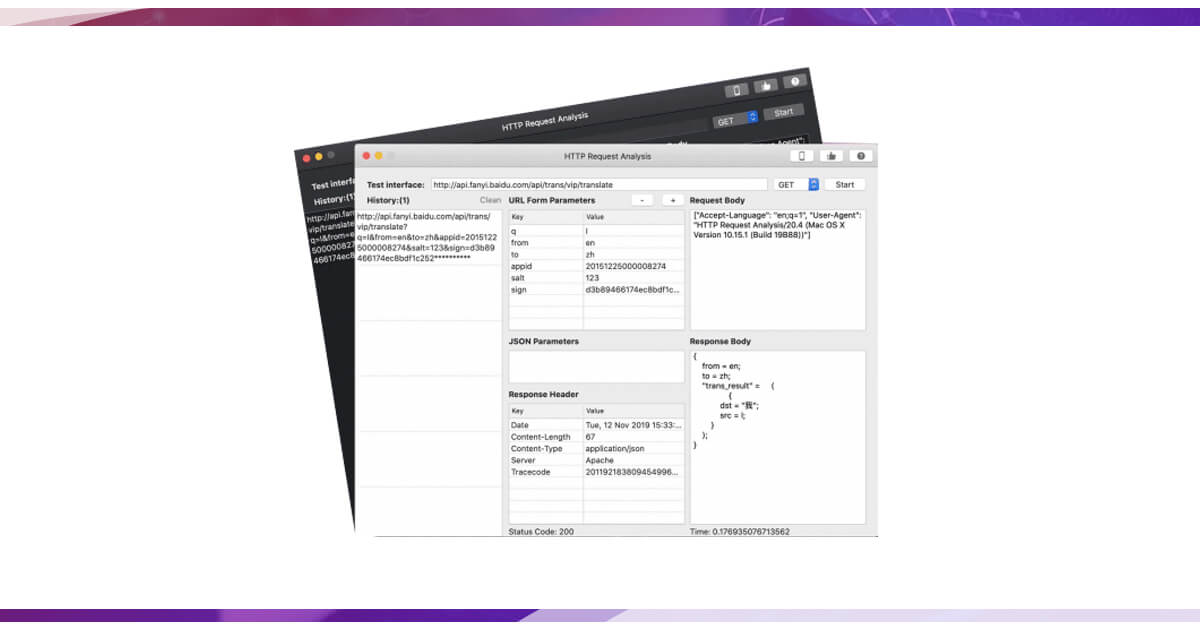 HTTP requests are the method through which web browsers demand the data they require to load the website.

A set of encoded data comprising information about the client demanding the resource, like the IP address of the client and HTTP headers, is sent with each HTTP request to the server from the client.

Even the sequence of the HTTP headers can determine if the request is from a real web browser or script, therefore the information in the HTTP request can be important for identifying BOTs.

The user-agent header element is famous in BOT detection and specifies the type of browser used by the client and also the version. 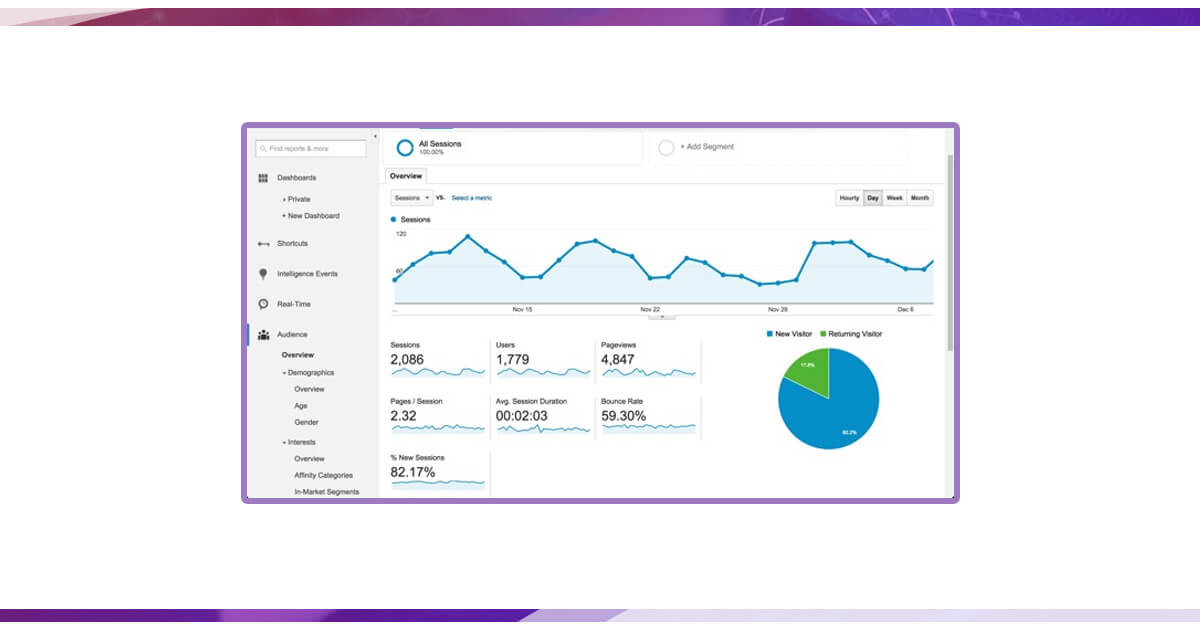 Sentiment analysis does not attempt to detect BOTs in actual time, but rather collects data on user activity over an extended time to discover certain patterns that only get apparent after satisfactory data is collected.

Data such as pages are browsed in which sequence, what time the user spends on a single page, movements of the mouse, and how quickly forms are filled can be collected. If there's enough proof that the user isn't human, the IP address of the client can be blacklisted or put through an anti-bot test. 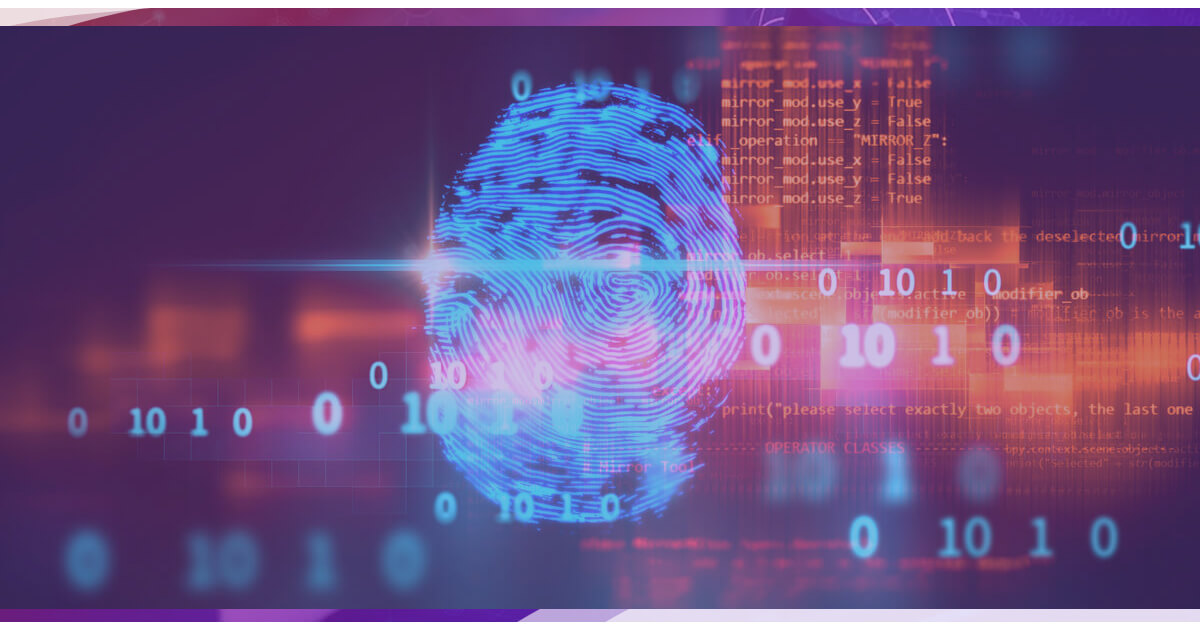 The term refers to the tracking methods used by websites to gather data about the users who access their servers.

Many websites need to use scripts, which can collect comprehensive data about the browser, user's device, operating system, time zone, installed extensions, and other factors in the background. When this information is merged, it creates the client's unique fingerprint, that can be traced on the internet and among all browsing sessions.

Fingerprinting is a good way to identify bots and to make things more complicated, Websites use several mitigation tactics of BOTs. Further, we will learn the most creative anti-scraping techniques. 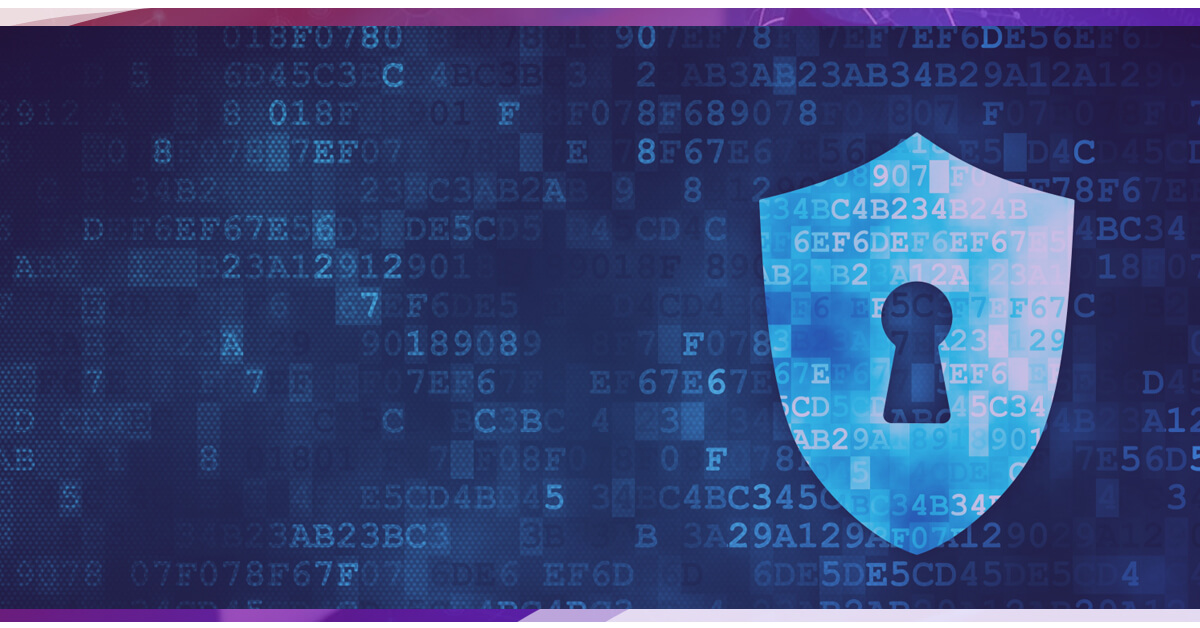 Now that we understand how websites detect bots and implement countermeasures to prevent bots from accessing them, we can look into how bots avoid these safeguards.

Anti-scraping security measures keep check on HTTP request headers that coming requests are from a legitimate browser or not, and if they are not, the suspect IP address will be blacklisted.

To get around this security, a bot must have a header structure that matches with the user agent.

As shown in the example below of puppeteer, starting a browser with a specified user-agent header is a method of bypassing the limitation.

Request header represents genuine browser, the protection does not block as it has to safeguard human traffic and also escape false positives. However, you should be careful of other safeguards, like the rate limit of IP, that might get BOT's IP address blacklisted if the request limit is exceeded. 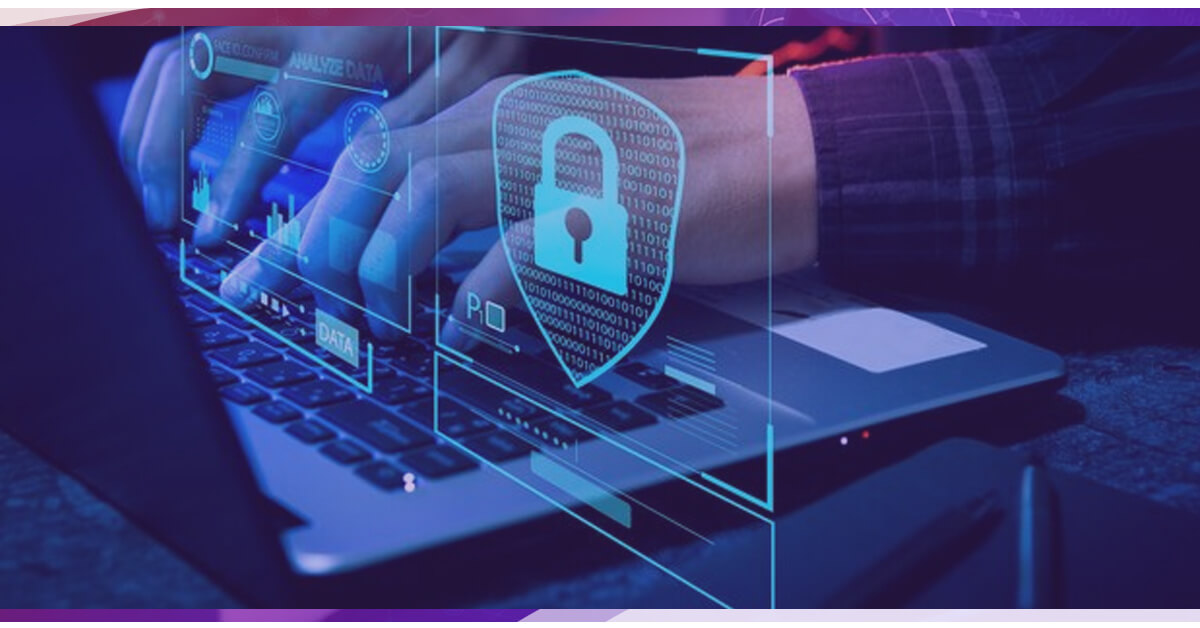 The proxies is an eager task to be pursued at any cost. The basic types of proxies are residential proxies and Datacenter.

Datacenter proxies, as the name implies, are held in data centers and typically possess a common IP range. Residential proxies are hosted on personal computers or gadgets.

Both have advantages and disadvantages. For example, residential proxies are less served with CAPTCHA. These proxies, on the other hand, are hosted on actual human devices that can be turned off at any time, it costs more than the data center and also increases the problem of connection.

Datacenter proxies are more reliable and less expensive. However, one consequence is that few IP ranges may be made public and so safeguards automatically blacklist them. for instance, if the proxy server is held on Amazon Web Services (AWS), The BOTs might be identified directly due to the IP range of AWS.

Rotating IP addresses from which requests are routed to the target websites is one solution to this issue. This can be accomplished by using a pool of proxy servers and assigning each request to one of the pool's proxies, intending as if the Requests originated from separate people.

The efficiency of this strategy is determined by several parameters, including the quantity of scraped web pages, the number and kind of proxies utilized, and the complexity of scraping protection. If a proxy sends too many requests in a short time, it may be "burned," that indicates all future requests from it will be banned.

The quality and amount of proxies in a proxy pool can have a significant impact on the scraping bot's success rate. That's why scraping Intelligence Proxy gives you access to a large pool of data center and residential IP addresses so you can strike the correct price-performance balance.

IP rate constraints can be bypassed in several ways, one of them is by rotating IP addresses, but this is not the only option.

Another technique to keep the bot's request rate under the limit and avoid being blocked is to limit the number of scraped pages concurrently on a site through intentional delays.

Our actors are made to lessen the load on web pages that are extracted. Simply give the max concurrency parameter to the crawler's configuration to reduce concurrency while using scraping Intelligence. Instead, you can usually adjust the maximum concurrency in the input of actors if you utilize actors from our Store.

The IP address emulation and rotation of the HTTP signatures browser can be operative on scraping jobs, but data extracting on large-scale will be blacklisted. The use of more proxies is an advisable solution but the expenses will rise dramatically. Emulation of a shared IP address is another approach.

Emulation of pooled IP addresses can greatly improve the efficiency of large-scale data scraping. The key to this method is to depend on the fact that websites are aware that multiple users might share an IP address. 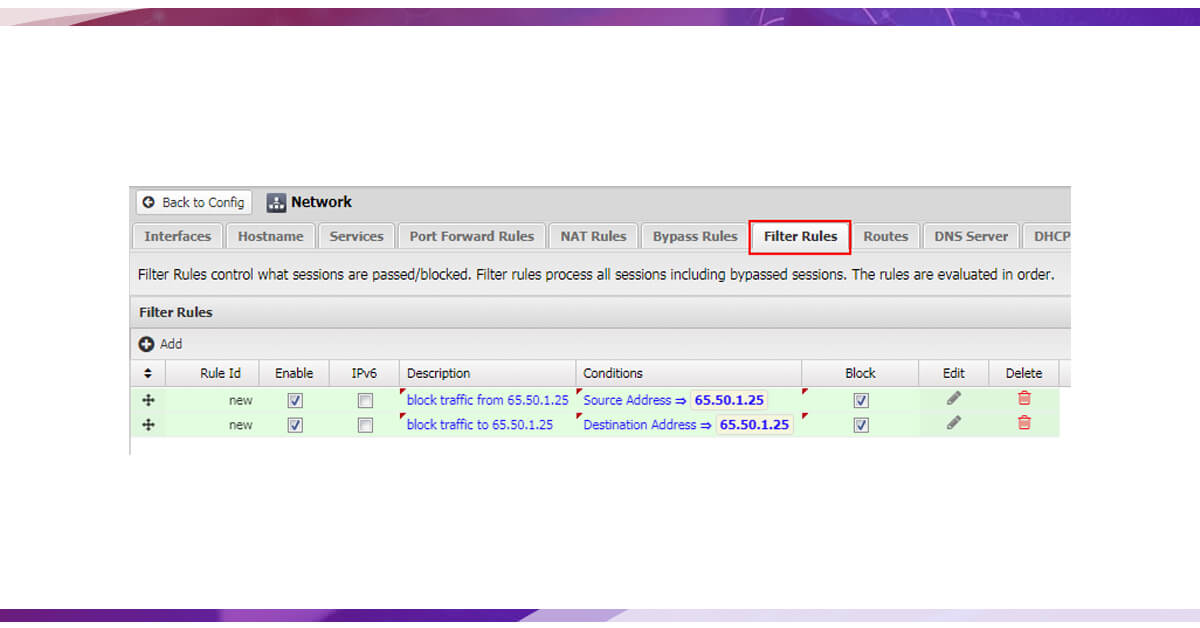 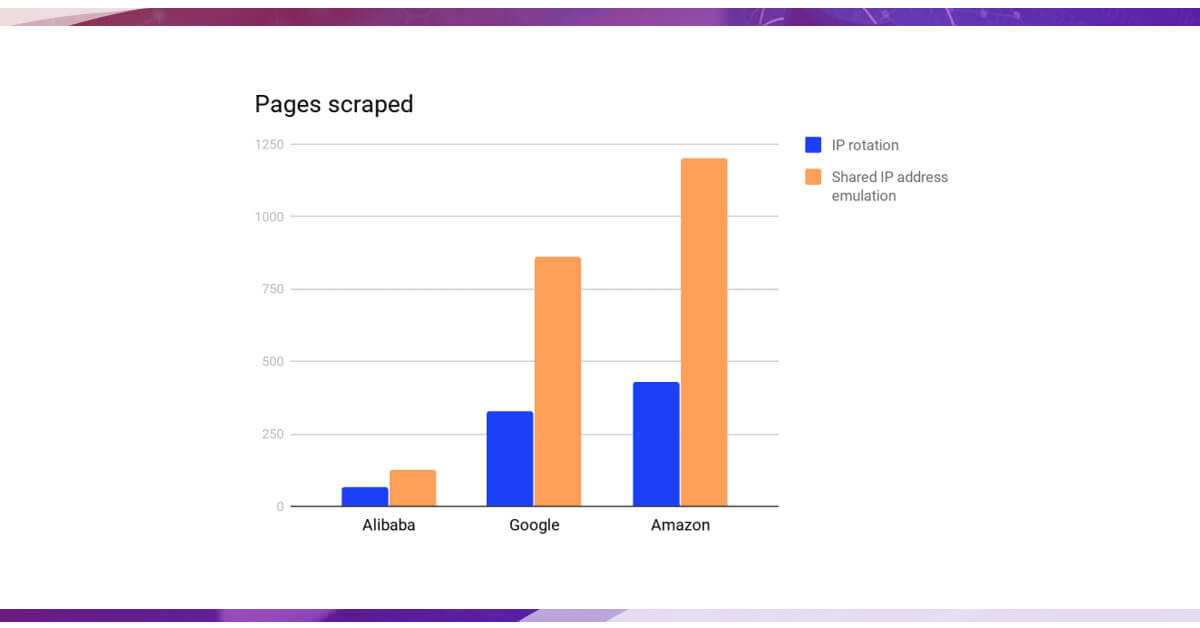 Requests of mobile devices, for example, are often routed through a small number of IP addresses, whereas users who share IP addresses are behind a corporate firewall. It is feasible to prevent websites from being aggressively blocked by simulating and managing these user sessions per IP address.

The user sessions must always be routed through the same IP address to work. authentication tokens, Cookies, or a browser's HTTP fingerprint/signature can be used to identify such user sessions.

Our SessionPool class makes it simple to take advantage of this competency. This can be used with our products like proxy and actors, but it can also be used outside of our ecosystem.

The famous TOR (The Onion Router) is a free and open-source program that allows users to communicate anonymously.

Every time the connection session is updated, TOR acts as a network of connected proxy nodules that change IP addresses. To put it another way, TOR serves as a free proxy. Because web scraping is a lawful activity, the TOR's initial goal of disguising the user's identity and avoiding following is not necessary. 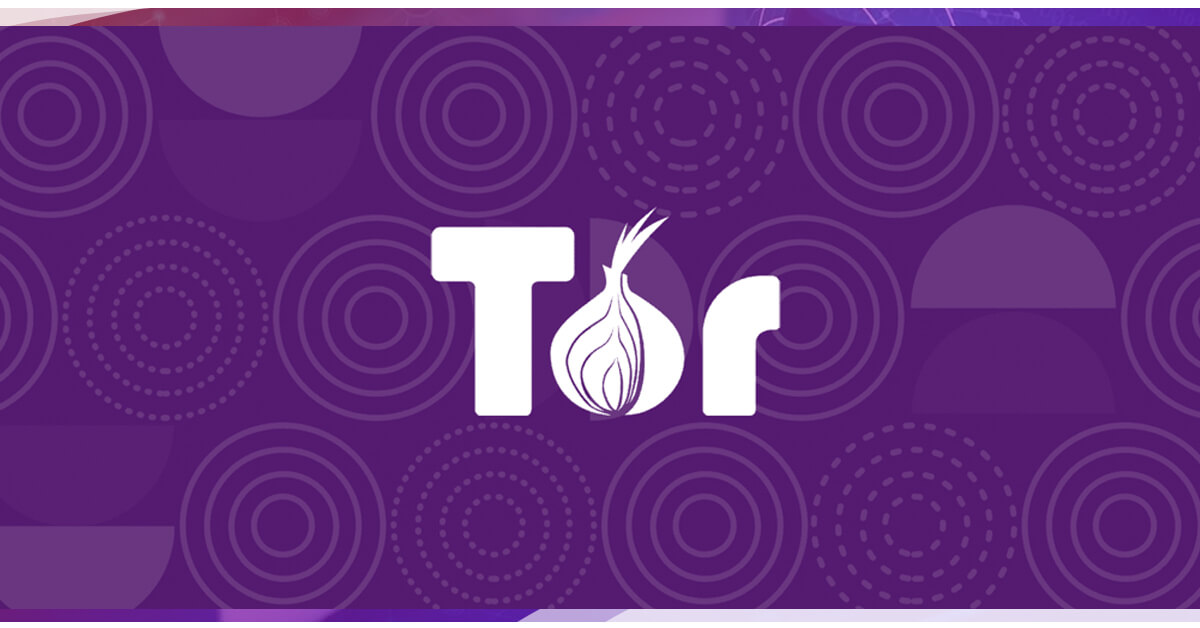 In any event, there are two significant drawbacks to employing TOR for fetching data.

The first is that the IP address nodule list is published publicly, making it simple to block certain IP addresses.

The second disadvantage is that it is unethical. TOR was created to safeguard people's privacy and provide access to independent media in countries where the media is controlled by the government. As a result, applying TOR on bot-related operations can result in IP addresses being blocked, and preventing actual people from accessing websites. 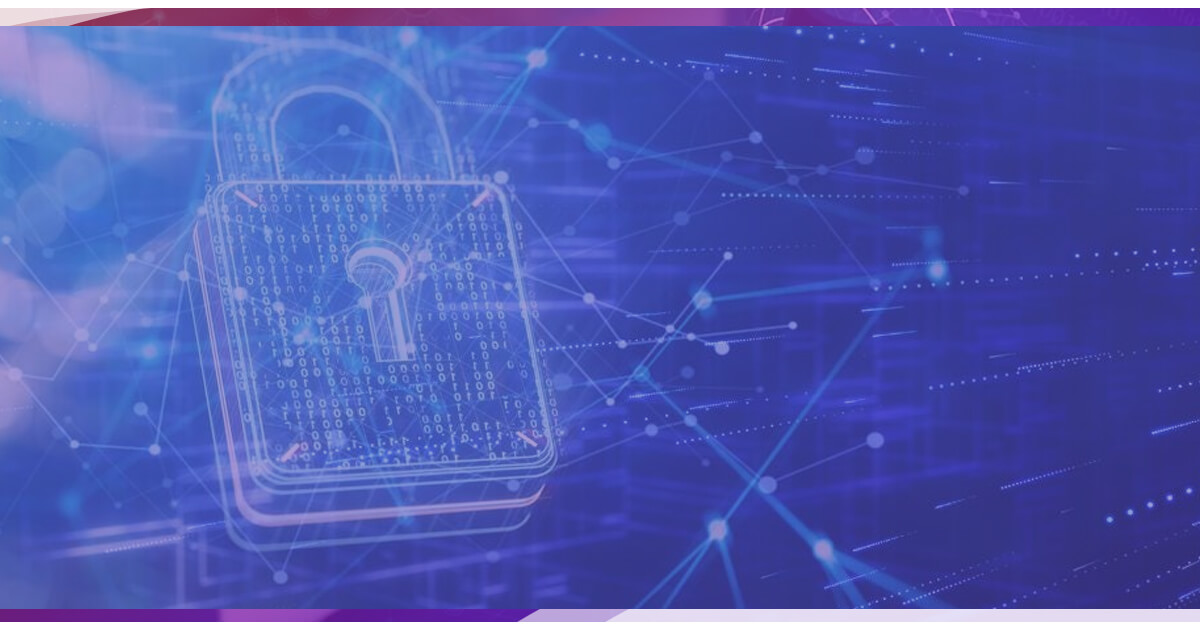 It is confusing to categorize BOTs as bad or good.

It can be incorrect to categorize BOTs as bad or good. Scraping websites and automating browsers are perfectly lawful as long as they stay within the bounds of personal information and intellectual property laws. It is not a crime to bypass website protections if your motivations are legal for doing it.

Finding anti-web scraping solutions to avoid being blocked is laborious and difficult.

Data fetching is just a small part of a larger operation that has to be completed. Diverting your attention away from your main goal of properly collecting data can be a huge setback. Scraping intelligence allows you to handle your difficulties so that you can focus on more important things.

For any other web scraping services, get in touch with Scraping Intelligence!